“We need to put the American flag down.”

“We need to put the American flag down.” 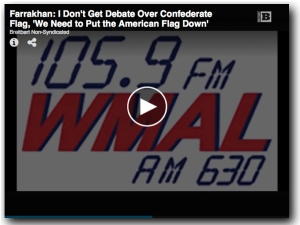 He said this during a rally in response to the shootings in Charleston and the uproar over the display of the Confederate battle flag. As more and more people acknowledge that some symbols need to be retired out of respect to current sentiments, people like Farrakhan are using this moment to exploit ignorance and destroy the progress we’ve made as a society …

… which is exactly what the American flag represents.

I don’t have a problem with removing the Confederate flag from public properties. Many believe it’s time we do.

That’s a fair point, but as the argument widens from the display of the Confederate battle flag, let’s get the facts in order. 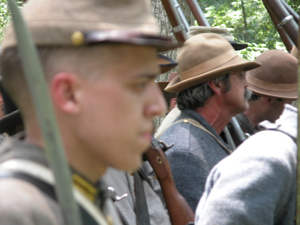 Those who defend the public display of the Confederate flag argue that it is a symbol of what they consider the “true” meaning and intent behind Southern secession.

Acknowledging that point of view, you must also acknowledge that the right they were most vigorously defending was specifically the right to own slaves and treat people as property––a right that was, at the time, codified in the Constitution.

“The South is invaded. It is time for all patriots to be united, to be under military organization, to be advancing to the conflict determined to live or die in defence of the God given right to own the African”

In a twist that sounds strange to most people today, the South was ironically pressing for national recognition of the protection of slavery as it was specified in the Constitution, arguably as a compromise during the founding period, while the Northern political sentiment was that slavery was a state issue, and that slavery could not be enforced on a federal level. That argument reached it’s climax during the debate over the enforcement of slavery in “free” states culminating in the infamous “Dred Scot” decision. In that case, the Supreme Court denied a black man’s right to citizenship and representation in court when he sued for his freedom after his owners moved to Wisconsin, which was then a territory where slavery was illegal.

No, you can’t just say that the Confederate flag is strictly a symbol of Southern pride. 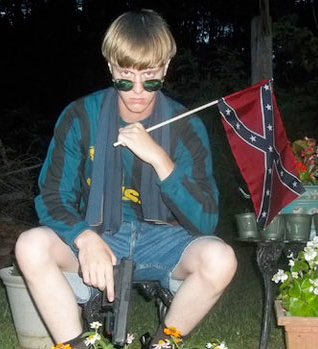 To too many people, it’s also a symbol of the denial of basic human rights, oppression, violence and unspeakable cruelty.

Even if you allow some latitude in the defense of that flag as a historic symbol, you cannot deny that it became a symbol of bigotry, violence and crime as it was adopted by the Ku Klux Klan and later as an icon of the Neo-Nazi and white supremacy movements.

No matter what the original intent, which was to represent the Army of Northern Virginia, you cannot separate the flag from the racism, violence and murder perpetrated by these organizations and condoned by their supporters.

… and he’s not alone. This week CNN anchor Ashleigh Banfield proposed that maybe it’s time to talk about taking down the Jefferson Memorial. After all, she opined, he was a slave owner.

This leads to my second important point––you’ve got to debate this issue in context.

Jefferson lived in a time when slavery was a societal institution, right or wrong. He was raised with the belief that is was not only proper to own slaves, it was his obligation to his family and their business. Many in his time justified slavery under deeply held religious convictions.

“The whole commerce between master and slave is a perpetual exercise of the most boisterous passions, the most unremitting despotism on the one part, and degrading submissions on the other.”

Like many leaders of the founding generation, Jefferson could not reconcile his own conduct with the ideology he and others risked their lives to establish. How could he be arguably the iconic voice of freedom, yet at the same time deny freedom to other human beings?

The question sounds ridiculous to our ears. Not so during the establishment of the United States.

The point is that Jefferson was defined by his commitment to freedom, not by his slave ownership, however reprehensible and hypocritical that seems from our vantage point today. In several documents, including his drafts of Constitution of the State of Virginia, Jefferson was obviously moving toward a reconciliation of his beliefs. In these drafts, which became the framework for the Declaration of Independence, he wrote:

“No person hereafter coming into this country shall be held within the same in slavery under any pretext whatever.”

This was still a long way from abolition and you can certainly make the argument that he was moving too slowly––but he and many others of his generation were indeed moving.

Was Jefferson a symbol of bigotry and racism? Or, does he remain a symbol of freedom––even if we acknowledge his flaws in the context of the radical changes and progress he inspired?

Jefferson and his generation left important work undone, but the flag they created to represent their new nation which evolved into the flag we fly today represents, as much as anything, the enormous ideological, cultural and societal changes these men set in motion.

It’s difficult to argue against the case that we’ve still got work to do––but it’s ignorant, divisive and destructive to deny the progress we’ve made.

To do so dishonors and deprecates everyone, including many of us, and many of our ancestors, who worked so hard to treat all human beings with equal respect and dignity and sacrificed so much to transform our ideals into reality.

Farrakhan didn’t stop with the flag …

“White folks march with you because they don’t want you upsetting the city––they don’t give a damn about them nine.”

Mr. Farrakhan, with all due respect––screw you.

America has many faults. As Americans, we still have work to do.

We commit our hearts and souls and risk our lives and treasure to promote these changes.

That’s what our flag represents.

You want to burn it?

With what flag, sir, would you replace it?